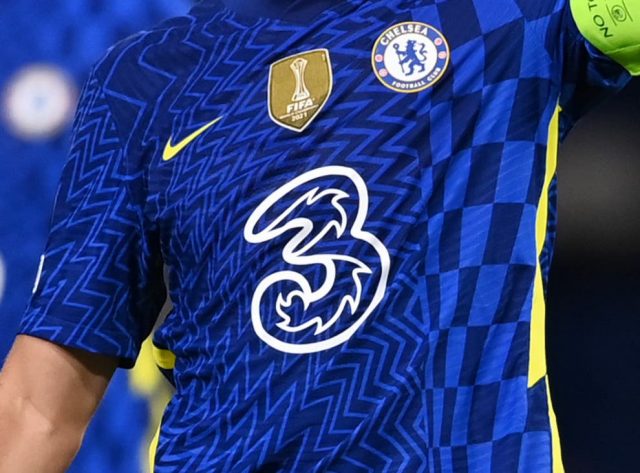 Chelsea’s shirt sponsor, 3, has suspended its deal with the club after owner Roman Abramovich was sanctioned by the British government.

The telecoms company began sponsoring Chelsea at the start of last season in a deal worth around £40m per year, with its logo displayed on the club’s kits, around Stamford Bridge, and at the training facility in Cobham.

Three had said earlier on Thursday March 10, that it was considering its relationship with the club, before confirming it would “temporarily suspend” sponsorship and requesting its branding be removed.

The news broke only two and a half hours before Chelsea were due to play Norwich City in the Premier League.

A statement by Three read: “In light of the government’s recently announced sanctions, we have requested Chelsea Football Club temporarily suspend our sponsorship of the club, including the removal of our brand from shirts and around the stadium until further notice.

We recognise that this decision will impact the many Chelsea fans who follow their team passionately. However, we feel that given the circumstances, and the Government sanction that is in place, it is the right thing to do.

“As a mobile network, the best way we can support the people of Ukraine is to ensure refugees arriving in the UK from the conflict and customers currently in Ukraine can stay connected to the people who matter to them. Therefore, we are offering connectivity packages to all Ukrainians in the Uk, and those in Ukraine”.

Chelsea recoup more than £150m per year from their commercial partners including Yokohama Tyres, Sure, Hublot and trivago, but other brands are now likely to follow Three’s lead.

Another Chelsea sponsor, the car manufacturer Hyundai, is already reviewing its relationship with the club, thought to be worth around £10m per year. “Hyundai has become one of the strongest partners in football over the years & the company supports the sport to be a force for good,” it said. “We are currently assessing the situation with Chelsea FC.”