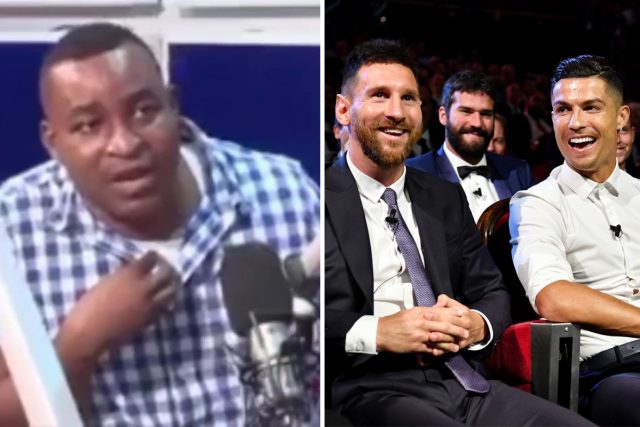 A Ghanaian gold mine owner has revealed plans to become the new owner of Chelsea.

The Blues have been the subject of interest from a number of billionaires ever since Roman Abramovich decided he would look to sell the club.

Bernard Antwi Boasiako has now come out to disclose his ambitious plans to buy the club and has already named three of the world’s biggest players he would like to sign.

He told Ghana’s Wontumi FM radio station, as per the Sun: ‘I want to go and buy Chelsea Football Club. I am interested in it.

Those who buy clubs are not footballers, but business people. I am also a businessman. I’m into gold mining. Why can’t we buy the club?

‘I want to join the bidding. If I become the owner, I want the Brazilian player at Real Madrid, Vinicius Jr – and to sell off Romelu Lukaku.

I will speak with Manchester United to see if I can also buy Cristiano Ronaldo for Chelsea. I’d also look at signing Lionel Messi.

Roman Abramovich has done his best. It is now time for him to support a Ghanaian or an African to buy Chelsea.’

The billionaire Russian oligarch will have all his assets frozen, banned from coming to Britain and from doing business there.

According to UK Sun, Chelsea will be granted a special licence to continue playing but Abramovich will not profit from the club. The club is also not allowed to sell tickets – with only season ticket holders being able to attend fixtures.

Boasiako is a politician, gold mine owner, and radio station boss. His wealth is unknown, but the Sun have reported that figures suggest it could be up to £76m.