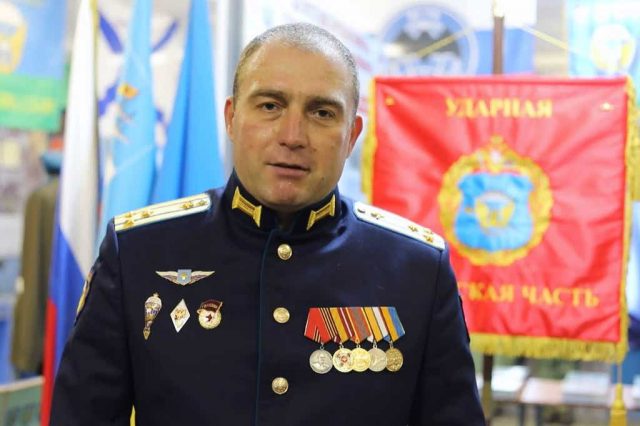 One of Russia’s top paratroop commanders has been killed in Ukraine in the latest blow to President Vladimir Putin.

The death of Colonel Sergei Sukharev, of the 331st Guards Parachute Assault Regiment from Kostroma, was confirmed by state TV in Moscow.

Earlier his “liquidation” had been claimed by Ukraine’s Centre for Strategic Communication and Information Security.

His deputy Major Sergei Krylov was killed alongside him, said the report.

They were among a number slain from the Kostroma regiment, seen as among Russia’s most elite fighting forces.

Sukharev was seen on Russian TV in January when he led his troops back from Kazakhstan where they had been sent following a wave of protests.

Russia described their mission as “peacekeeping” and Sukharev said his forces protected a vital power plant in Almaty.

Also killed in the latest Ukrainian fighting was military intelligence officer Sergey Vishnyakov, of the GRU’s 22nd Separate Special Forces Brigade. He is believed to have been killed fighting near Mariupol in a Grad attack by Ukraine’s Azov battalion.