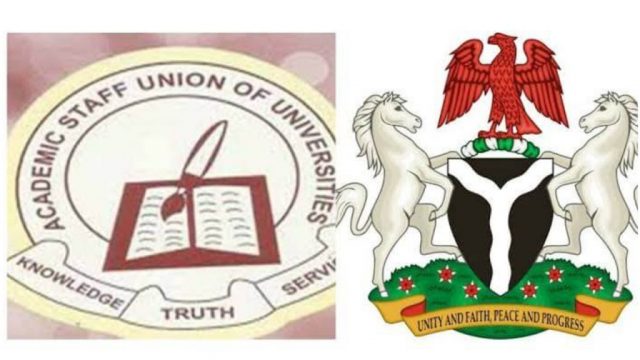 The Federal Government has insisted it supports the renegotiation of the welfare package for university workers in line with current realities.

The Minister of Labour and Employment, Chris Ngige, stated this during a meeting with members of the 2009 FG and university-based unions renegotiation committee on Monday.Ngige admitted the government was not pleased with the approach being used by the Academic Staff Union of Universities, ASUU, to pursue its demands.ASUU embarked on a one-month warning strike on February 14 and extended it by another two months, over the alleged failure of the government to address their demands.

But Ngige, speaking during the meeting with the Federal Government Renegotiation Committee in his office, pleaded with the committee to ensure that it concludes its assignment within six weeks as provided in the Memorandum of Action, MoA, with the unions.

The Minister also advised the leadership of ASUU to find a better way of pressurizing the Federal Ministry of Education and the National Universities Commission, NUC, to hasten action on the implementation of agreements reached with the government rather than rushing to strike every time there was a disagreement.According to Ngige, “I am not Minister of Education. I cannot go to the Education Minister and dictate to him how to run his place. But I told ASUU that you should be bombarding them at the Federal Ministry of Education for this to be moved forward.

“There are many ways to do so. If you go to the labour act, there is something called picketing. You can picket. The strike is an ultimate thing. Picketing means that you can stay in the corridor, clapping or singing. Workers are permitted to do so.“But I am tired of every time there is a disagreement, it is a strike. And the bosses in the Federal Ministry of Education don’t feel the strike. It is the children and some of us parents that have our children in public schools.”

He added, “Why won’t I support if ASUU and their unions now want a renegotiation of their conditions of service, which is the main thing in the proposal by the previous Committee.”Chairman of the 2009 FG and university-based union renegotiation Committee, Prof. Nimi Briggs said his Committee was consulting all the stakeholders with a view to finding an amicable solution to the ASUU dispute.