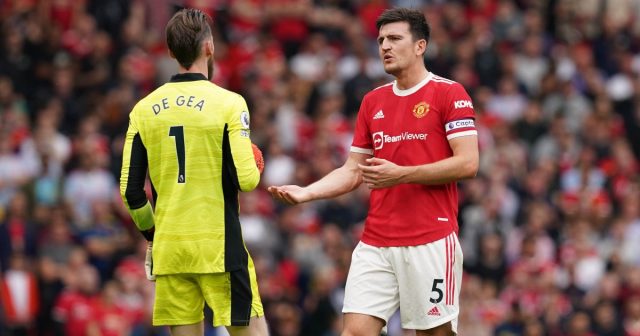 David de Gea has reportedly emerged as the favourite candidate to become Manchester United’s next captain.

Current skipper Harry Maguire came under pressure and was repeatedly dragged last season after a series of poor displays, with many questioning his ability to continue in the role.

According to the UK Sun, incoming manager Erik ten Hag is set to allow the players to choose who the captain should be, and de Gea is expected to get the nod from his team-mates.

Recall Maguire was rumored to be involved in a power struggle with star striker Cristiano Ronaldo back in February.

It was claimed that interim boss Ralf Rangnick considered speaking to the pair about the Portuguese forward taking on the armband for the rest of the season, but Maguire managed to retain his role in the end.

It is understood that Ronaldo would still be in the running to replace Maguire now, but de Gea is likely to get the captain armband if it comes down to a vote in the dressing room.